Day three had us cruising 84 miles from St. Augustine to St. Simons Island, Georgia. We cruised on the outside as the ICW through Georgia is winding and shallow in some areas. We’ve cruised that territory before and are not fans.

The ocean was bathtub flat; nothing but small waves rolling by. Unfortunately conditions changed as we approached the St. Simons Inlet. A storm was forming just northwest of us. Radar looked like we were in the clear, but the closer we got to shore the larger the storm grew. Massive lightning strikes were within 10 miles of us followed by loud boomers. Then the downpour, and what a downpour it was. Fortunately we were familiar with the channel into Morningstar Marina or we would’ve had a really hard time finding it. The crew grabbed its rain gear to prepare for docking. Captain Rob is a pro at this docking thing and he made it look easy even in these conditions. The rest of us, well we were soaked dealing with dock lines. Sometimes it pays to be the captain!

On Saturday, the bikini got tucked away and my extensive collection of bug spray came out. This could mean only one thing…we are in Georgia. Anyone love the scent Eau de DEET?! Not me! Hey no see’ums, I see you – and feel you too.

Morningstar Marina has a courtesy car, so on Sunday we provisioned and grabbed a quick beer. After all, it was National Beer Day! We then hit one of our favorite BBQ joints – Southern Soul. This place makes the best Brunswick Stew, ribs and burnt ends. Ever. It was even featured on Diners, Drive-Ins and Dives. 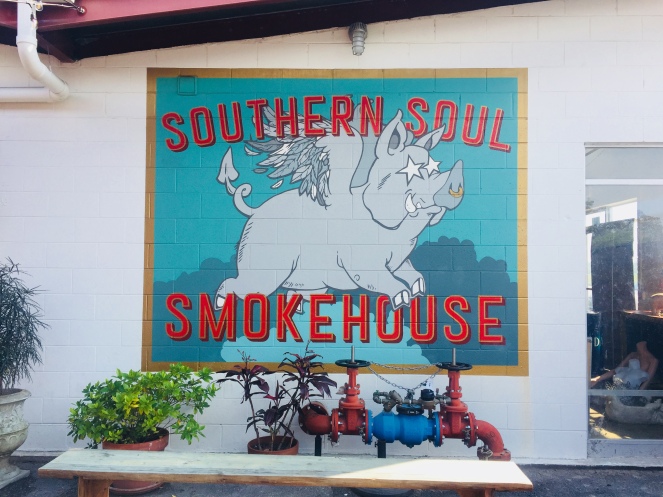 Back at the boat, we continued with our marathon of Yatzee and drinking, and then called it a night.

On Monday, day 6, we continued for another 74 miles through Wilmington River to a beautiful anchorage in the Herb River, just south of Savannah. The river was deep so we felt comfortable with the anchorage. It also provided the backdrop for yet another amazing sunset.

As of today, we have cruised a total of 404 miles.

Day 7 brought us into Thunderbolt Marina. One mile as the crow flies from our anchorage spot to the Marina, but we were all glad to be docked for a bit, plus Thunderbolt made a great base camp to visit Savannah. AND…waking up to fresh, door to door delivery of Krispy Kreme Donuts was a huge selling point!

The mosquitos have followed us upstream and are packing a bigger bite! *Sigh* And not to be outdone by said mosquitos, there was a palmetto bug in my cabin. I let out the biggest scream, you woulda thought we were sinking. I’m not a bug fan…lol!

We spent 2 days visiting Savannah. What a charming city. It has that old world charm that I love about Europe. We binged at Mrs. Wilkes Dining Room, where we ate family style and passed around 27 different dishes. I’ve never had fried chicken like that in my life! We bumped into Paula Deen…just kidding, her store and restaurant are in Savannah. And yes, Paula I agree, everything is better with butter! We also visited the Prohibition Museum. What?!?! No alcohol for 13 years! Actually 21 years for Georgia because they went dry 8 years before prohibition!

I loved how much women were an influence in Savannah. From the historic Savannah Foundation, Juliette Low (founder of the Girl Scouts), the Ladies Hospital and the presence of women in the prohibition movement, the women of Savannah were a force to be reckoned with.

The homes and gardens were gorgeous… 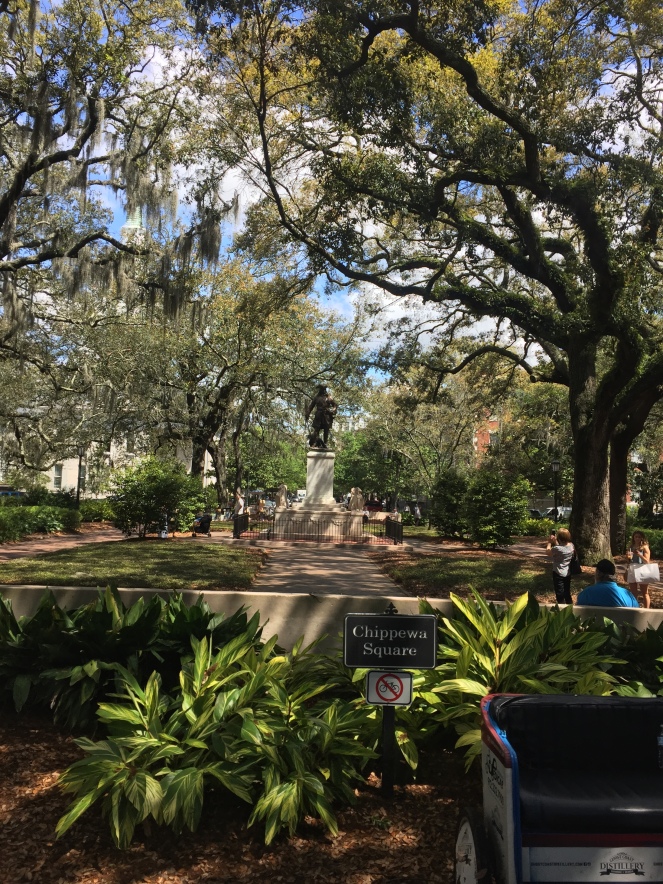 As was the Cathedral of St. John the Baptist 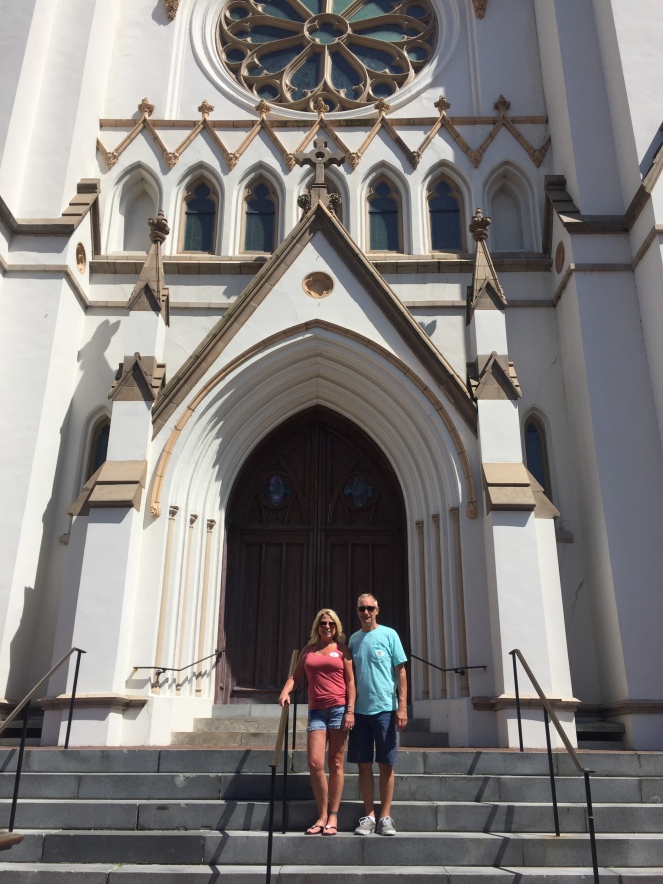 Our last stop in Savannah was at the Pirate House for a rum drink where we learned about Three Sheets to the Wind, Hungover and being Shanghaied.

Unfortunately, our friends are leaving tomorrow. We’ve had such an incredible week with them onboard. So many great memories were made and we’ll miss not having them aboard. P.S. I’m thinking about Shanghaiing them! Wink, wink.

Tomorrow, Rob and I will head to Beaufort, SC and will cruise solo for the first time since leaving North Palm Beach. Wish us luck!

2 thoughts on “QUIT BUGGING ME…the mosquitos that is!”